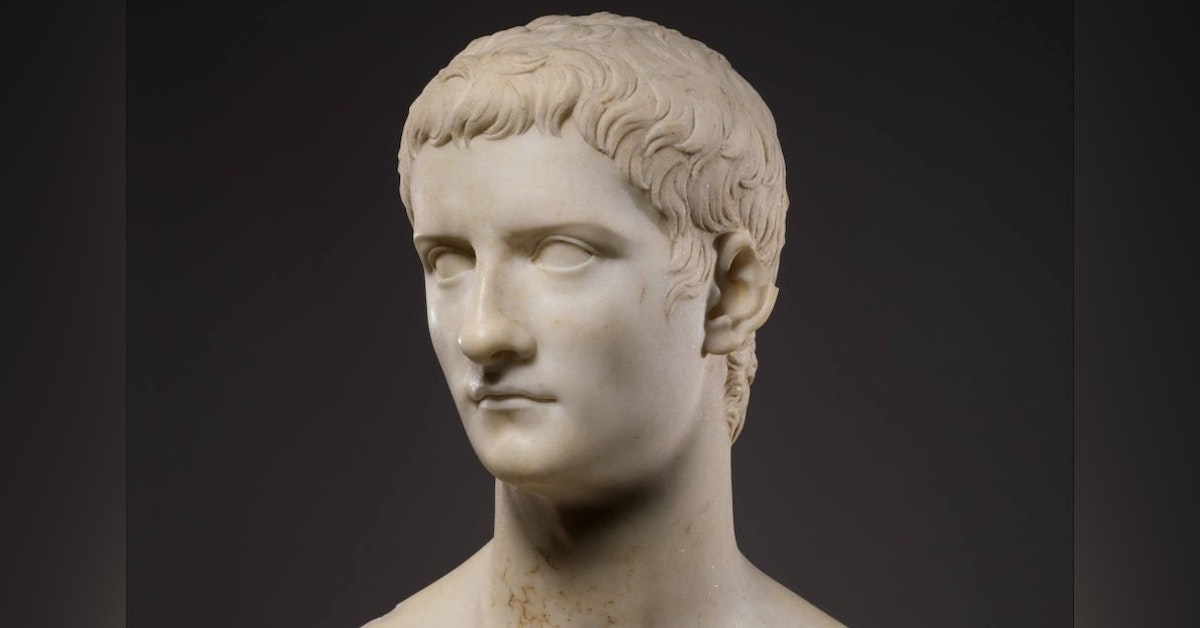 This episode has a lot of horsepower

Caligula (/kəˈlɪɡjʊlə/; 31 August 12 – 24 January 41 AD), formally known as Gaius (Gaius Caesar Augustus Germanicus), was the third Roman emperor, ruling from 37 to 41. The son of the popular Roman general Germanicus and Augustus's granddaughter Agrippina the Elder, Caligula was born into the first ruling family of the Roman Empire, conventionally known as the Julio-Claudian dynasty.