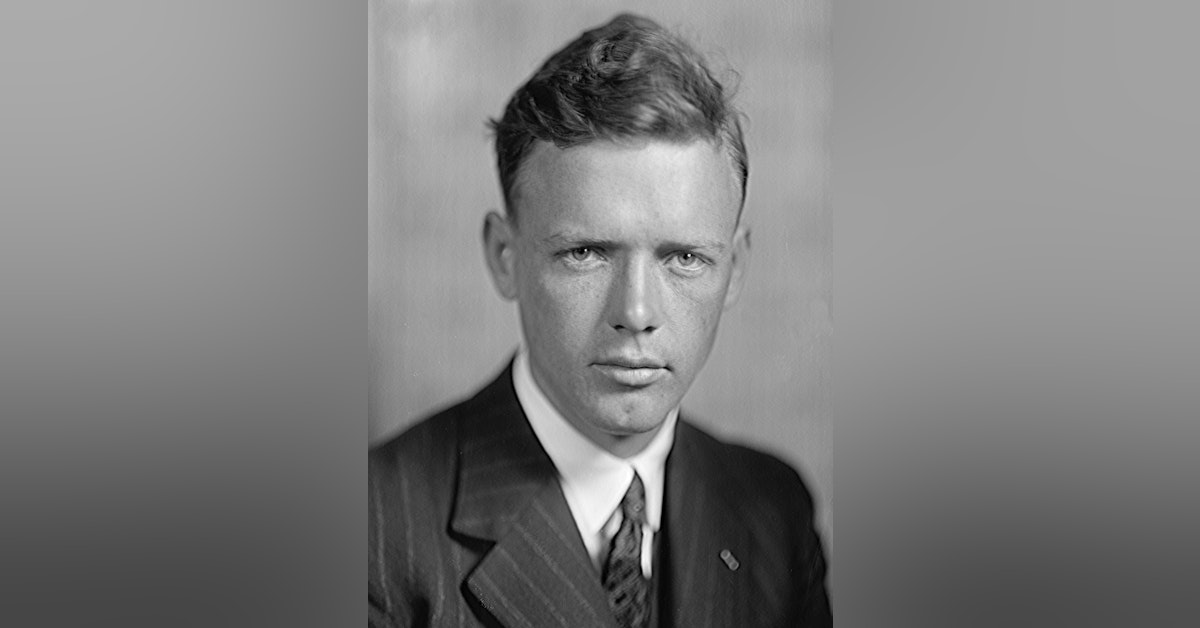 This episode is probably over your head

Charles Augustus Lindbergh (February 4, 1902 – August 26, 1974) was an American aviator, military officer, author, inventor, and activist. At the age of 25 in 1927, he went from obscurity as a U.S. Air Mail pilot to instantaneous world fame by winning the Orteig Prize for making the first nonstop flight from New York City to Paris on May 20–21. Lindbergh covered the 33+1⁄2-hour, 3,600-statute-mile (5,800 km) flight alone in a purpose-built, single-engine Ryan monoplane, the Spirit of St. Louis. Though the first non-stop transatlantic flight had been completed eight years earlier, this was the first solo transatlantic flight, the first transatlantic flight between two major city hubs, and the longest transatlantic flight by almost 2,000 miles. Thus it is widely considered a turning point in world history for the development and advancement of aviation, ushering in a new era of transportation between parts of the globe.