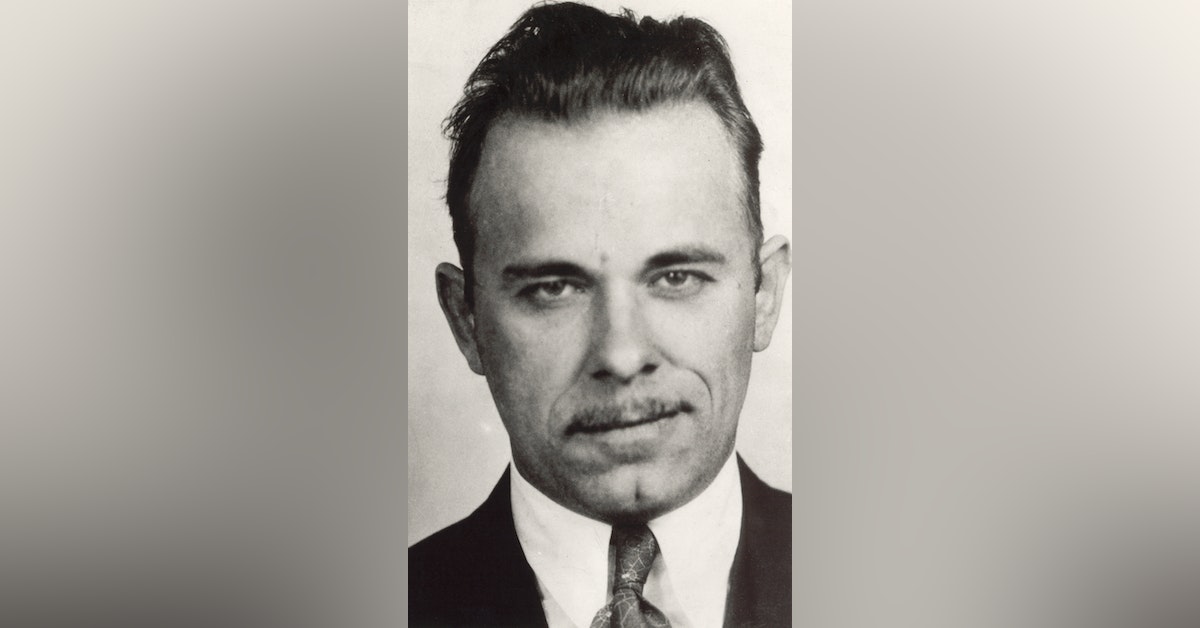 We give this episode our best shot

John Herbert Dillinger (June 22, 1903 – July 22, 1934) was an American gangster of the Great Depression. He led a group known as the "Dillinger Gang", which was accused of robbing 24 banks and four police stations. Dillinger was imprisoned several times but escaped twice. He was charged, but not convicted, of the murder of an East Chicago, Indiana, police officer who shot Dillinger in his bullet-proof vest during a shootout; it was the only time Dillinger was charged with homicide.