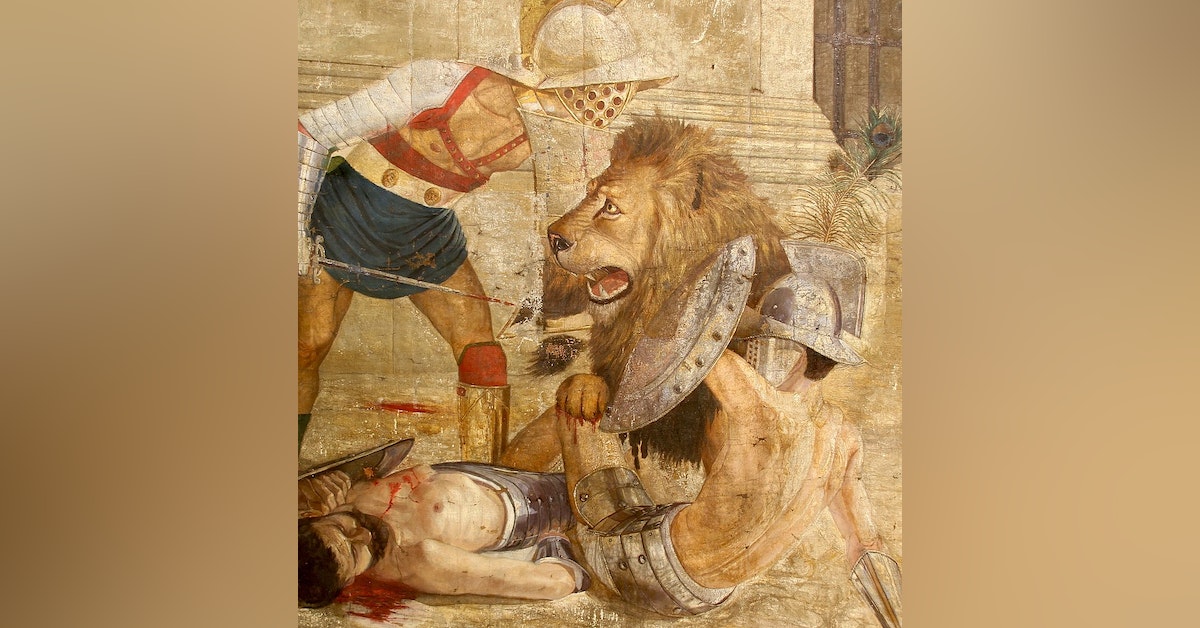 This episode is wild

Among Ancient Romans, bestiarii (singular bestiarius) were those who went into combat with beasts, or were exposed to them. It is conventional[1] to distinguish two categories of bestiarii: the first were those condemned to death via the beasts (see damnatio ad bestias) and the second were those who faced them voluntarily, for pay or glory (see venatio).[2] The latter are sometimes erroneously called gladiators; to their contemporaries, however, the term gladiator referred specifically to one who fought other men. The contemporary term for those who made a career out of participating in arena "hunts" was venatores.