Sherman's March to the Sea 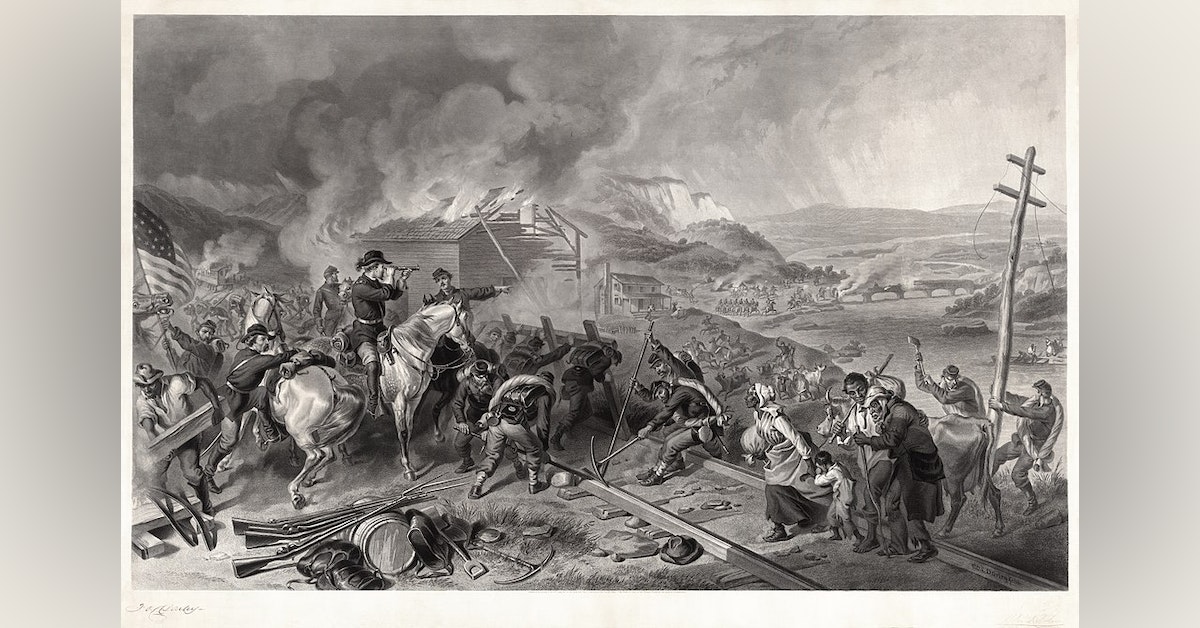 This episode is going places

Sherman's March to the Sea (also known as the Savannah campaign or simply Sherman's March) was a military campaign of the American Civil War conducted through Georgia from November 15 until December 21, 1864, by William Tecumseh Sherman, major general of the Union Army. The campaign began with Sherman's troops leaving the captured city of Atlanta on November 15 and ended with the capture of the port of Savannah on December 21. His forces followed a "scorched earth" policy, destroying military targets as well as industry, infrastructure, and civilian property, disrupting the Confederacy's economy and transportation networks. The operation debilitated the Confederacy and helped lead to its eventual surrender. Sherman's decision to operate deep within enemy territory without supply lines was unusual for its time, and the campaign is regarded by some historians as an early example of modern warfare or total war.