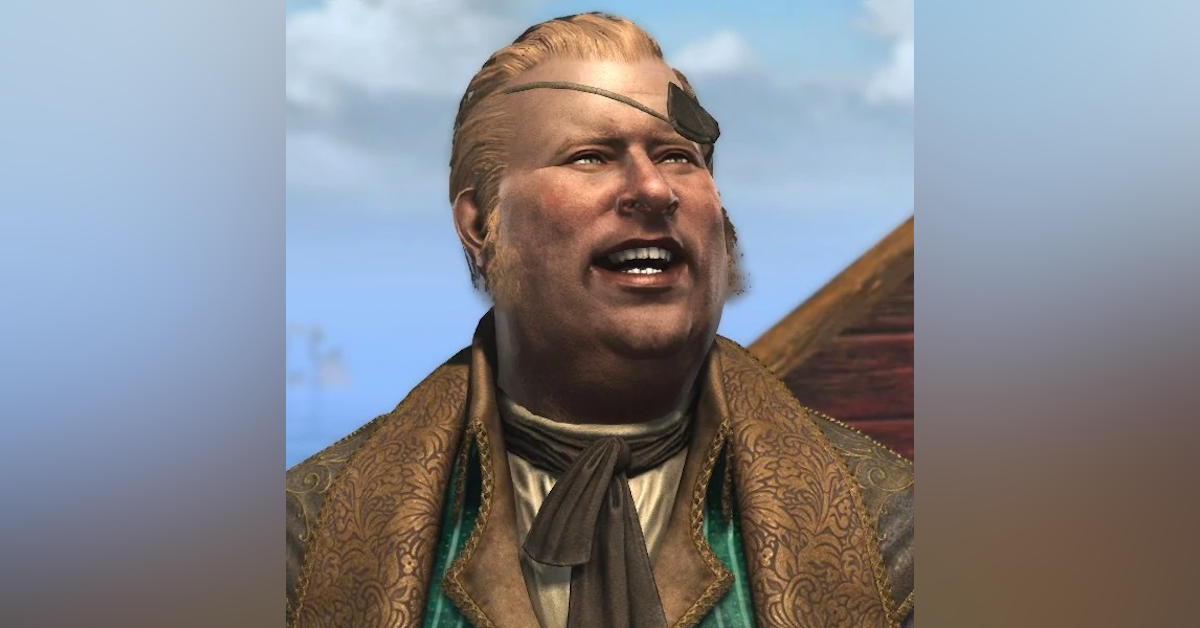 This is a pirated episode

Stede Bonnet (1688[1] – 10 December 1718)[2][3] was an early eighteenth-century Barbadian pirate, sometimes called "The Gentleman Pirate"[4] because he was a moderately wealthy land-owner before turning to a life of crime. Bonnet was born into a wealthy English family on the island of Barbados, and inherited the family estate after his father's death in 1694. In 1709, he married Mary Allamby, and engaged in some level of militia service. Because of marital problems, and despite his lack of sailing experience, Bonnet decided he should turn to piracy in the summer of 1717. He bought a sailing vessel, named it Revenge, and travelled with his paid crew along the Eastern Seaboard of what is now the United States, capturing other vessels and burning other Barbadian ships.