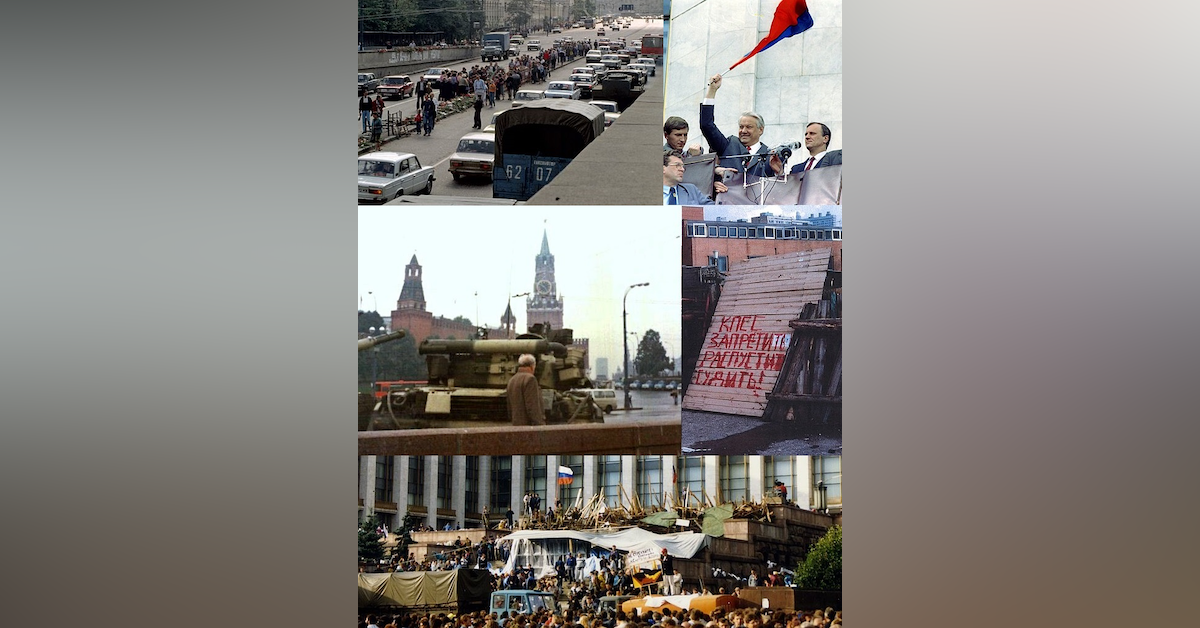 This episode tries its best

The 1991 Soviet coup d'état attempt, also known as the August Coup,[a] was a failed attempt by hardliners of the Soviet Union's Communist Party to forcibly seize control of the country from Mikhail Gorbachev, who was Soviet President and General Secretary of the Communist Party at the time. The coup leaders consisted of top military and civilian officials, including Vice President Gennady Yanayev, who together formed the State Committee on the State of Emergency (GKChP). They opposed Gorbachev's reform program, were angry at the loss of control over Eastern European states and fearful of the USSR's New Union Treaty which was on the verge of being signed. The treaty was to decentralize much of the central Soviet government's power and distribute it among its fifteen republics.