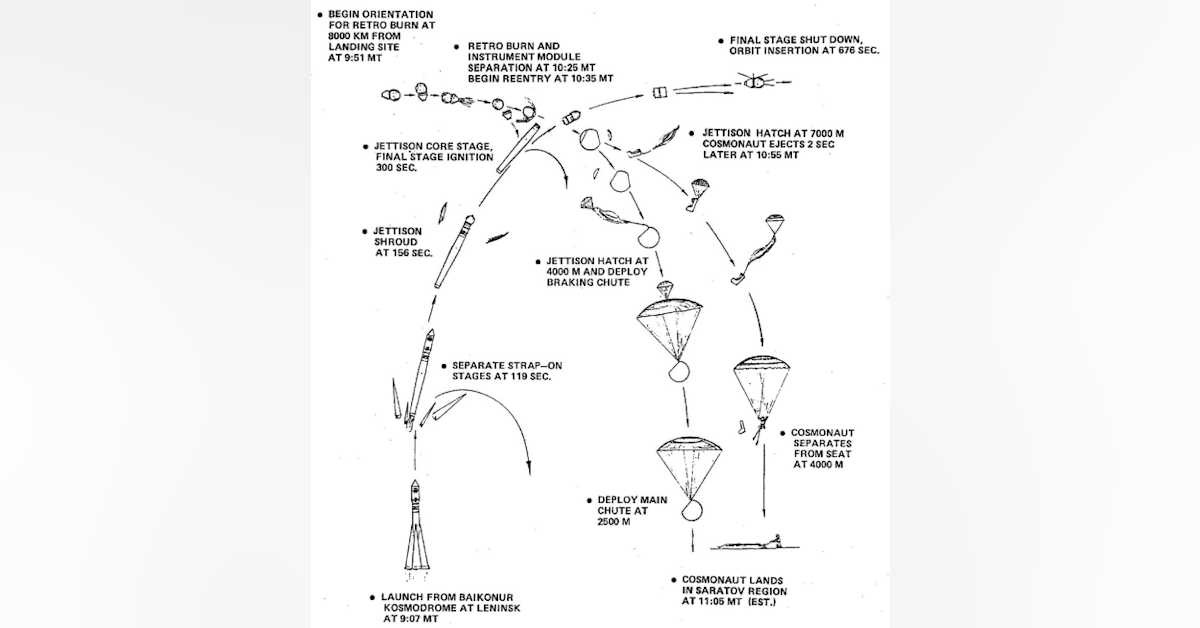 This episode is outta this world!

Yuri Alekseyevich Gagarin [a] (9 March 1934 – 27 March 1968) was a Soviet pilot and cosmonaut who became the first human to journey into outer space, achieving a major milestone in the Space Race; his capsule, Vostok 1, completed one orbit of Earth on 12 April 1961. Gagarin became an international celebrity and was awarded many medals and titles, including Hero of the Soviet Union, his nation's highest honour.