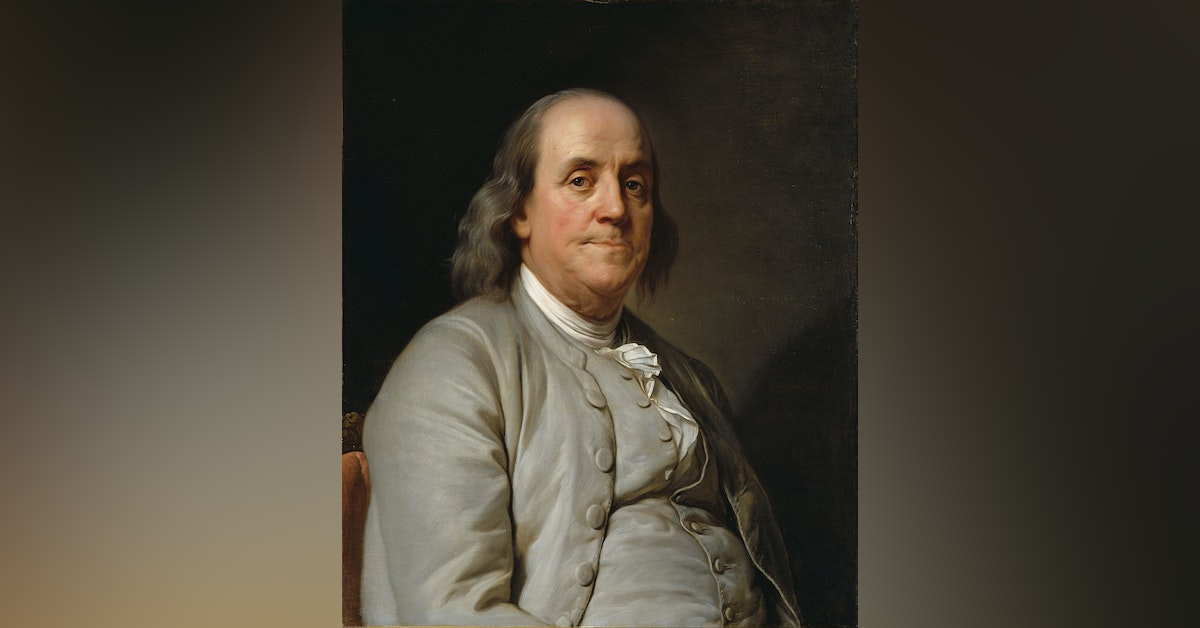 This episode is shocking

Benjamin Franklin FRS FRSA FRSE (January 17, 1706 [O.S. January 6, 1706][Note 1] – April 17, 1790) was an American polymath who was active as a writer, scientist, inventor, statesman, diplomat, printer, publisher and political philosopher.[1] Among the leading intellectuals of his time, Franklin was one of the Founding Fathers of the United States, a drafter and signer of the United States Declaration of Independence, and the first United States postmaster general. As a scientist, he was a major figure in the American Enlightenment and the history of physics for his studies of electricity. As an inventor, he is known for the lightning rod, bifocals, and the Franklin stove, among others.[2] He founded many civic organizations, including the Library Company, Philadelphia's first fire department,[3] and the University of Pennsylvania.[4] Franklin earned the title of "The First American" for his early and indefatigable campaigning for colonial unity, and as an author and spokesman in London for several colonies. As the first United States ambassador to France, he exemplified the emerging American nation.[5] Franklin was foundational in defining the American ethos as a marriage of the practical values of thrift, hard work, education, community spirit, self-governing institutions, and opposition to authoritarianism both political and religious, with the scientific and tolerant values of the Enlightenment. In the words of historian Henry Steele Commager, "In Franklin could be merged the virtues of Puritanism without its defects, the illumination of the Enlightenment without its heat."[6] Franklin has been called "the most accomplished American of his age and the most influential in inventing the type of society America would become." He also holds the distinction of the longest opening Wikipedia paragraph of any subject we've ever covered.