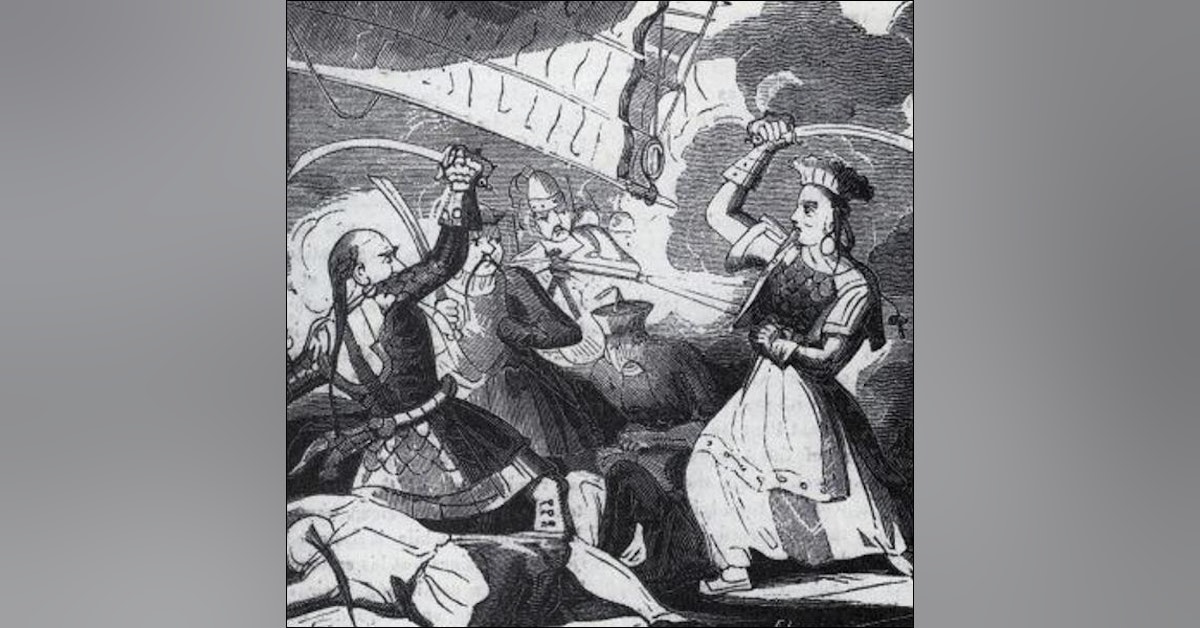 Ching Shih[1]:65 (Chinese: 鄭氏; literally: 'widow of Zheng') (born Shih Yang (Chinese: 石陽; 1775–1844), a.k.a. Cheng I Sao (Chinese: 鄭一嫂), was a Chinese pirate leader who terrorized the China Seas during the Jiaqing Emperor period of the Qing dynasty in the early 19th-century. She commanded over 300 junks (traditional Chinese sailing ships) manned by 20,000 to 40,000 pirates[1]:71—men, women, and even children. She entered into conflict with the major nations, such as the British Empire, the Portuguese Empire, and the Qing dynasty.[2]