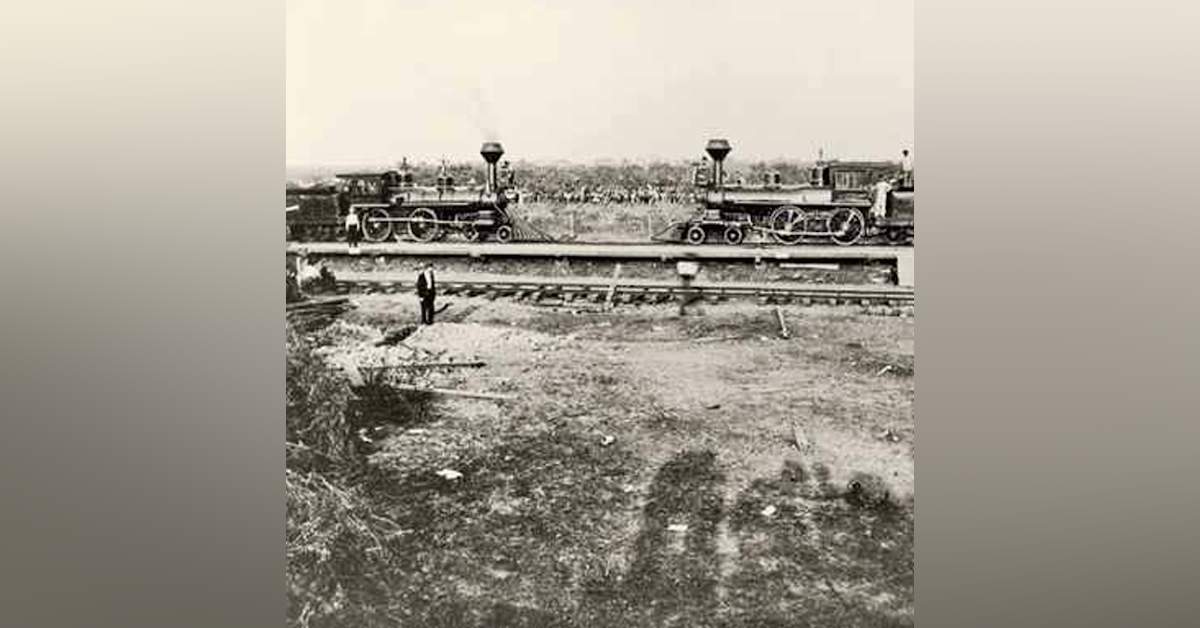 It would be pretty meta if this episode failed

On this week's episode, we discuss several failed publicity stunts, like the one in "Crush, Texas."

Crush, Texas was a temporary "city" established as the site of a one-day publicity stunt in the U.S. state of Texas in 1896. William George Crush, general passenger agent of the Missouri–Kansas–Texas Railroad (popularly known as the "Katy", from its "Em-Kay-Tee" initials), conceived the idea in order to demonstrate a staged train wreck as a public spectacle. No admission was charged, and train fares to the crash site were offered at the reduced rate of US$2 from any location in Texas.