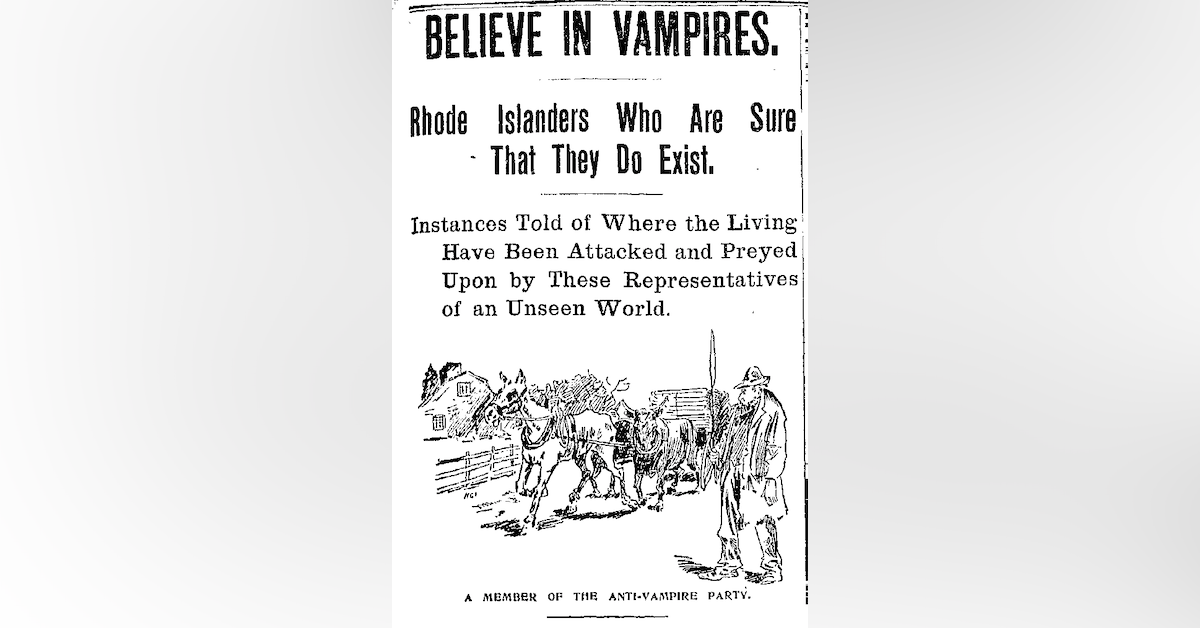 The New England vampire panic was the reaction to an outbreak of tuberculosis in the 19th century throughout Rhode Island, eastern Connecticut, southern Massachusetts, Vermont, and other areas of the New England states.[1] Consumption (tuberculosis) was thought to be caused by the deceased consuming the life of their surviving relatives.[2] Bodies were exhumed and internal organs ritually burned to stop the "vampire" from attacking the local population and to prevent the spread of the disease. Notable cases provoked national attention and comment, such as those of Mercy Brown in Rhode Island and Frederick Ransom in Vermont.