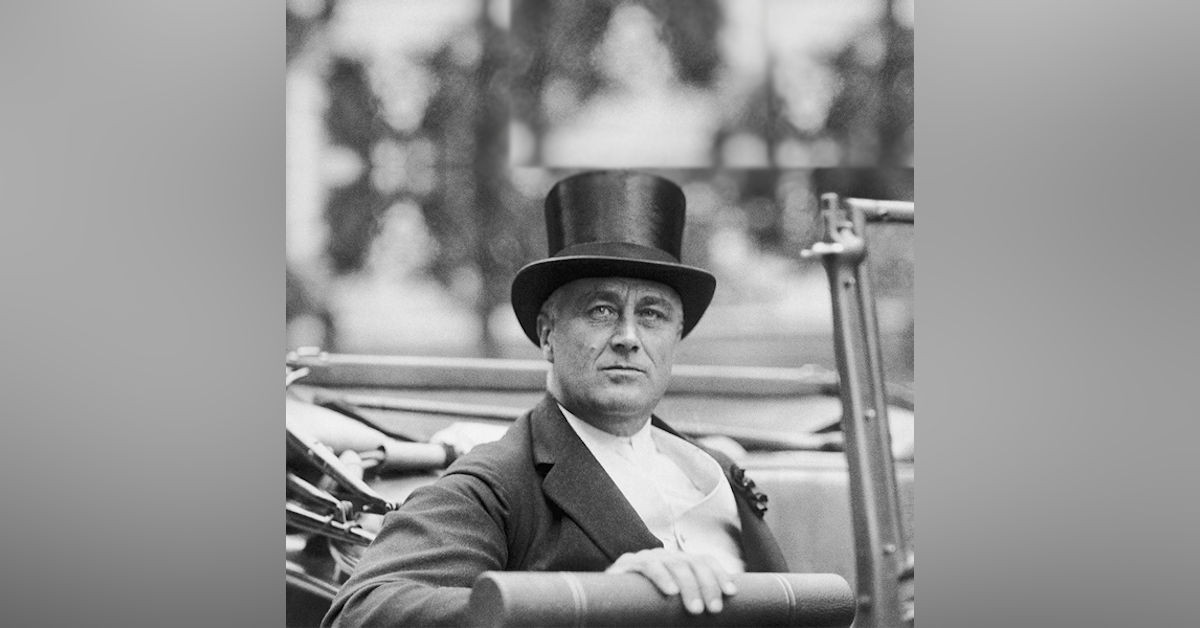 Take this episode out for a spin.

Franklin Delano Roosevelt (/ˈroʊzəvəlt/,[1] /-vɛlt/;[2] January 30, 1882 – April 12, 1945), often referred to by the initials FDR, was an American statesman and political leader who served as the 32nd president of the United States from 1933 until his death in 1945. A member of the Democratic Party, he won a record four presidential elections and became a central figure in world events during the first half of the 20th century. Roosevelt directed the federal government during most of the Great Depression, implementing his New Deal domestic agenda in response to the worst economic crisis in U.S. history. As a dominant leader of his party, he built the New Deal Coalition, which realigned American politics into the Fifth Party System and defined American liberalism throughout the middle third of the 20th century. His third and fourth terms were dominated by World War II, which ended shortly after he died in office. He is rated by scholars as one of the three greatest U.S. presidents, along with George Washington and Abraham Lincoln, but has also been subject to substantial criticism.