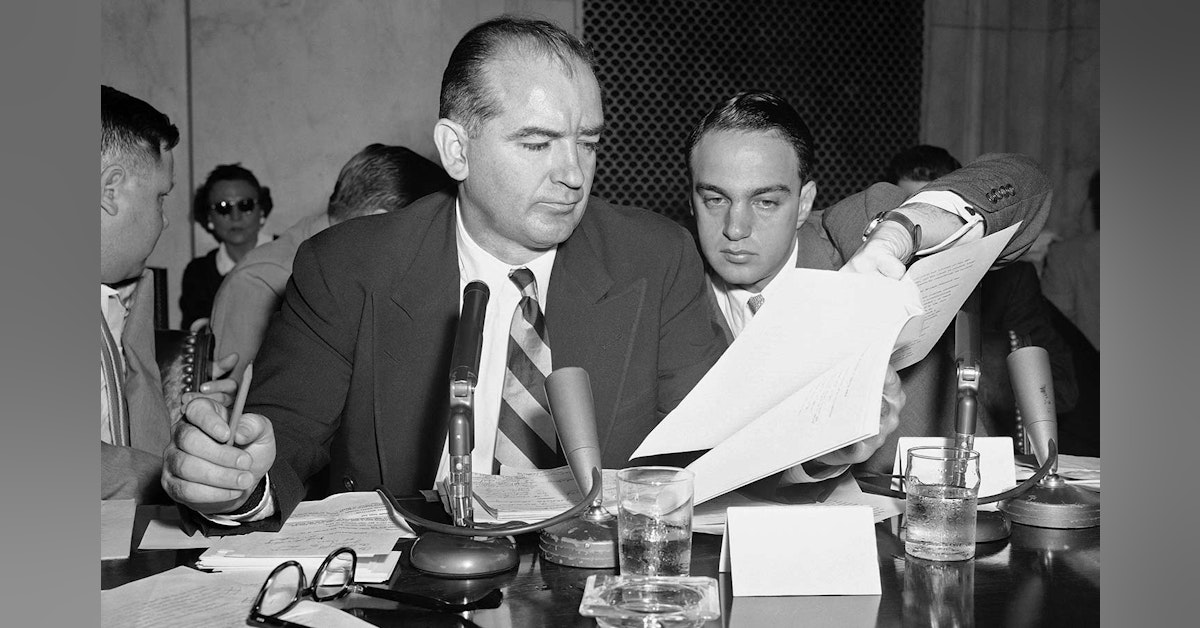 Not listening to this episode may be considered subversive

McCarthyism is the practice of making accusations of subversion or treason without proper regard for evidence.[1] The term refers to U.S. senator Joseph McCarthy (R-Wisconsin) and has its origins in the period in the United States known as the Second Red Scare, lasting from the late 1940s through the 1950s.[2] It was characterized by heightened political repression and a campaign spreading fear of communist influence on American institutions and of espionage by Soviet agents.[2] After the mid-1950s, McCarthyism began to decline, mainly due to the gradual loss of public popularity and opposition from the U.S. Supreme Court led by Chief Justice Earl Warren.[3][4] The Warren Court made a series of rulings that helped bring an end to McCarthyism.[5][6][7]