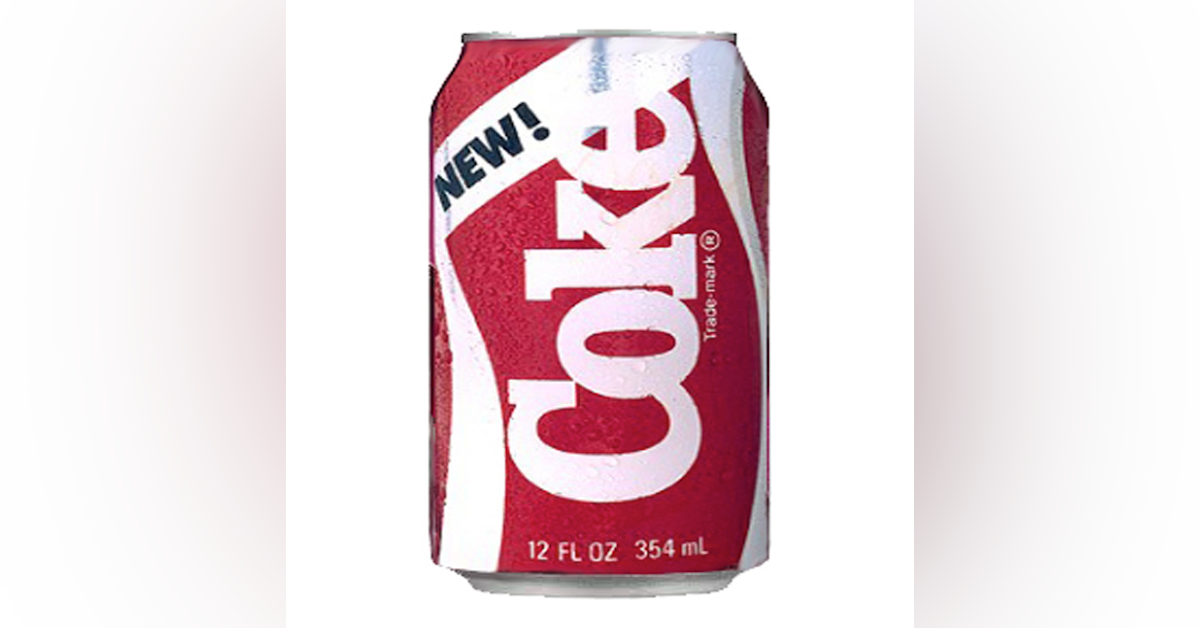 Calm down; different type of Coke

New Coke was the unofficial name for the reformulation of Coca-Cola introduced in April 1985 by The Coca-Cola Company to replace the original formula of its flagship soft drink, Coca-Cola (also called Coke). New Coke originally had no separate name of its own but was simply known as "the new taste of Coca-Cola" until 1992, when it was officially renamed Coke II.

Coca-Cola's market share had been steadily losing ground to diet soft drinks and non-cola beverages for many years. Meanwhile, consumers who were purchasing regular colas seemed to prefer the sweeter taste of rival Pepsi-Cola, as Coca-Cola learned in conducting blind taste tests. However, the American public's reaction to the change was negative, even hostile, and the new cola was a major failure. The subsequent, rapid reintroduction of Coke's original formula (which was re-branded as "Coca-Cola Classic" and put back into market within three months of New Coke's debut) resulted in a significant gain in sales. This led to speculation that the introduction of the New Coke formula was just a marketing ploy; however, the company has always maintained it was a genuine attempt to replace the original product.[1]

New Coke remains influential as a cautionary tale against tampering too extensively with a well-established and successful brand. It was officially discontinued in July 2002.

Additional music in this episode: