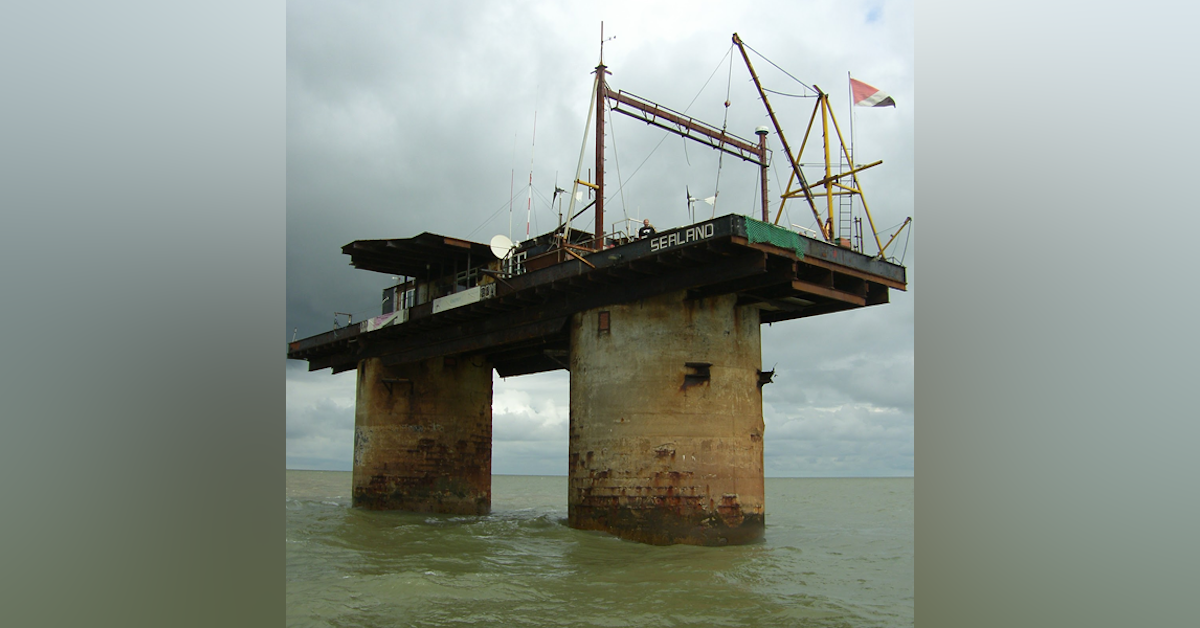 There are principalities involved.

The Principality of Sealand, more commonly known as Sealand, is a micronation that claims Roughs Tower, an offshore platform located in the North Sea approximately 12 kilometres (7.5 mi) off the coast of Suffolk, England, as its territory. Roughs Tower is a disused Maunsell Sea Fort, originally called HM Fort Roughs, built as an anti-aircraft defensive gun platform by the British during World War II.[3][4]