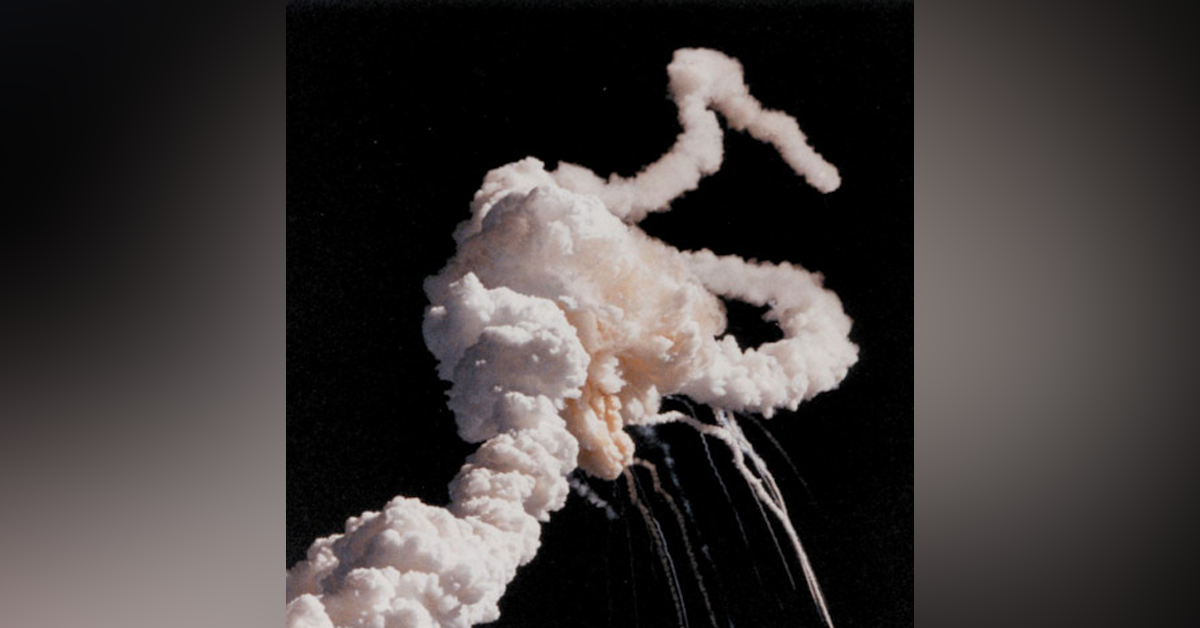 Get ready for an [insert explosion joke here] of a good time!

On January 28, 1986, the NASA shuttle orbiter mission STS-51-L and the tenth flight of Space Shuttle Challenger (OV-99) broke apart 73 seconds into its flight, killing all seven crew members, which consisted of five NASA astronauts and two payload specialists. The spacecraft disintegrated over the Atlantic Ocean, off the coast of Cape Canaveral, Florida, at 11:39 EST(16:39 UTC). Disintegration of the vehicle began after an O-ring seal in its right solid rocket booster (SRB) failed at liftoff. The O-ring was not designed to fly under unusually cold conditions as in this launch. Its failure caused a breach in the SRB joint it sealed, allowing pressurized burning gas from within the solid rocket motor to reach the outside and impinge upon the adjacent SRB aft field joint attachment hardware and external fuel tank. This led to the separation of the right-hand SRB's aft field joint attachment and the structural failure of the external tank. Aerodynamicforces broke up the orbiter.