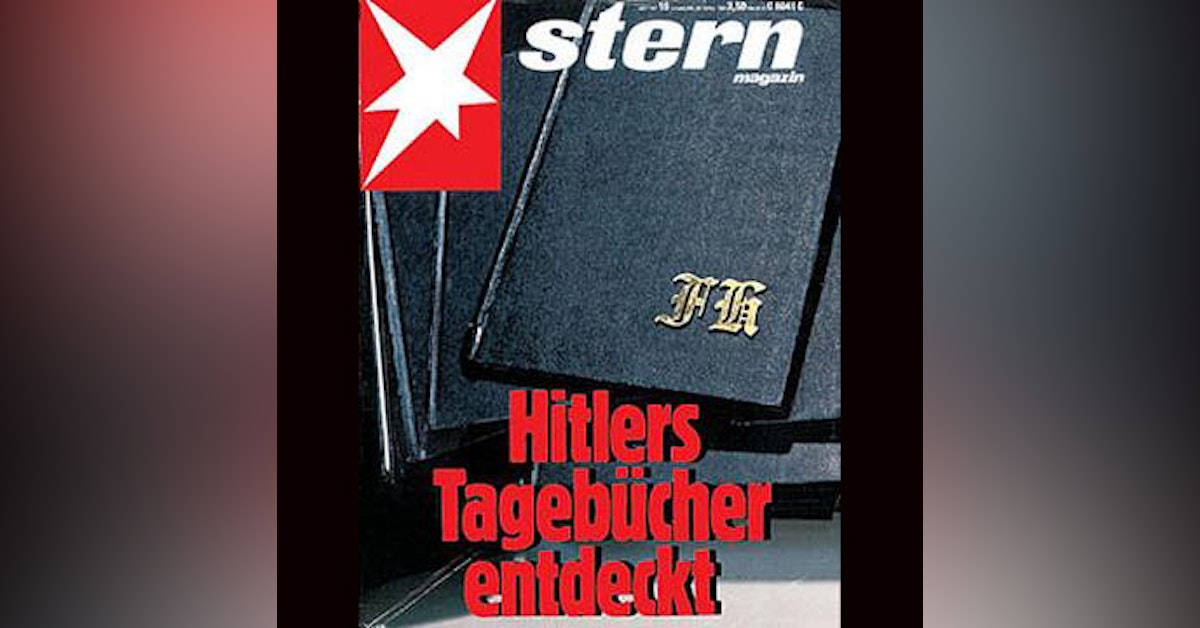 But not really, though

The Hitler Diaries (German: Hitler-Tagebücher) were a series of sixty volumes of journals purportedly written by Adolf Hitler, but forged by Konrad Kujau between 1981 and 1983. The diaries were purchased in 1983 for 9.3 million Deutsche Marks (£2.33 million or $3.7 million) by the West German news magazine Stern, which sold serialisation rights to several news organisations. One of the publications involved was The Sunday Times, who asked their independent director, the historian Hugh Trevor-Roper, to authenticate the diaries; he did so, pronouncing them genuine. At the press conference to announce the publication, Trevor-Roper announced that on reflection he had changed his mind, and other historians also raised questions concerning their validity. Rigorous forensic analysis, which had not been performed previously, quickly confirmed that the diaries were fakes.