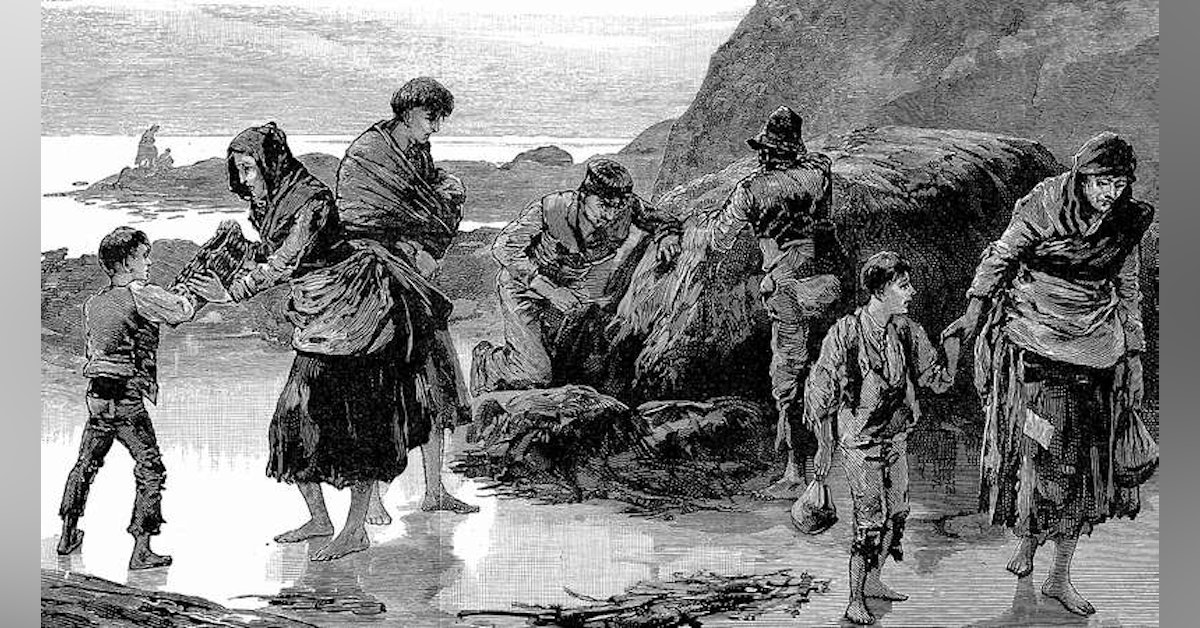 The Great Famine (Irish: an Gorta Mór [anˠ ˈɡɔɾˠt̪ˠə ˈmˠoːɾˠ]), also known as the Great Hunger, the Great Starvation, the Famine (mostly within Ireland) or the Irish Potato Famine (mostly outside Ireland),[1][2] was a period of mass starvation and disease in Ireland from 1845 to 1852.[3] With the most severely affected areas in the west and south of Ireland, where the Irish language was dominant, the period was contemporaneously known in Irish as An Drochshaol,[4] loosely translated as "the hard times" (or literally "the bad life"). The worst year of the period was 1847, known as "Black '47".[5][6] During the Great Hunger, about 1 million people died and more than a million fled the country,[7] causing the country's population to fall by 20%–25%, in some towns falling as much as 67% between 1841 and 1851.[8][9][10] Between 1845 and 1855, no less than 2.1 million people left Ireland, primarily on packet ships but also steamboats and barks—one of the greatest mass exoduses from a single island in history.[11][12]