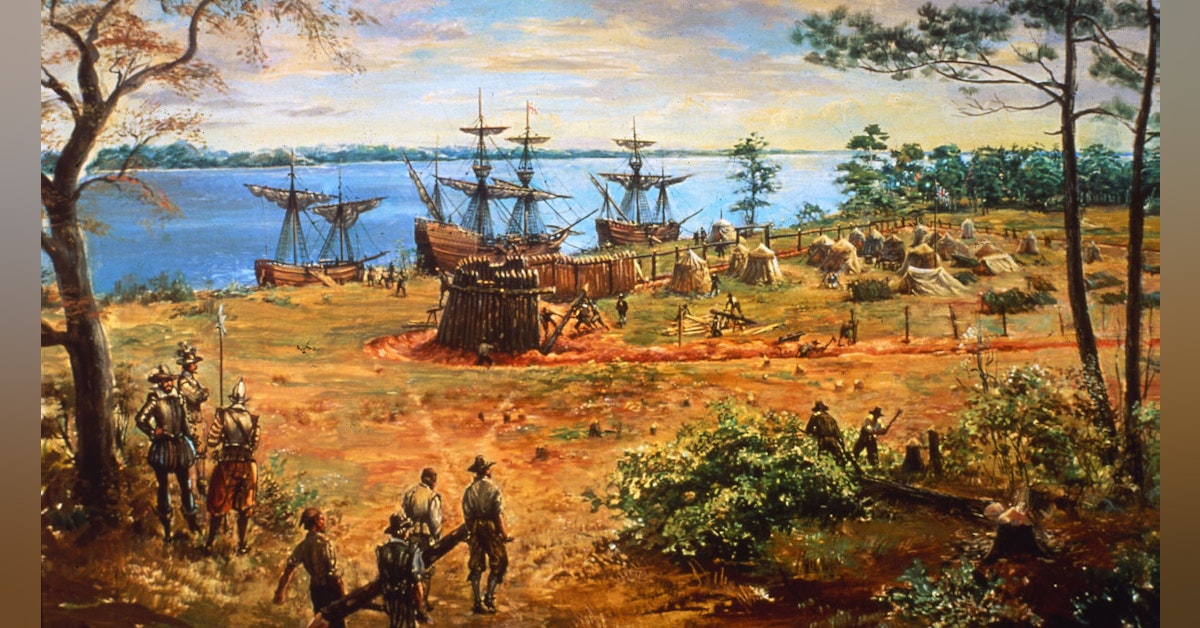 This episode is staying put

The Jamestown[a] settlement in the Colony of Virginia was the first permanent English settlement in the Americas. It was located on the northeast bank of the James (Powhatan) River about 2.5 mi (4 km) southwest of the center of modern Williamsburg.[1] It was established by the Virginia Company of London as "James Fort" on May 4, 1607 O.S. (May 14, 1607 N.S.),[2] and was considered permanent after a brief abandonment in 1610. It followed several failed attempts, including the Lost Colony of Roanoke, established in 1585 on Roanoke Island. Jamestown served as the colonial capital from 1616 until 1699.