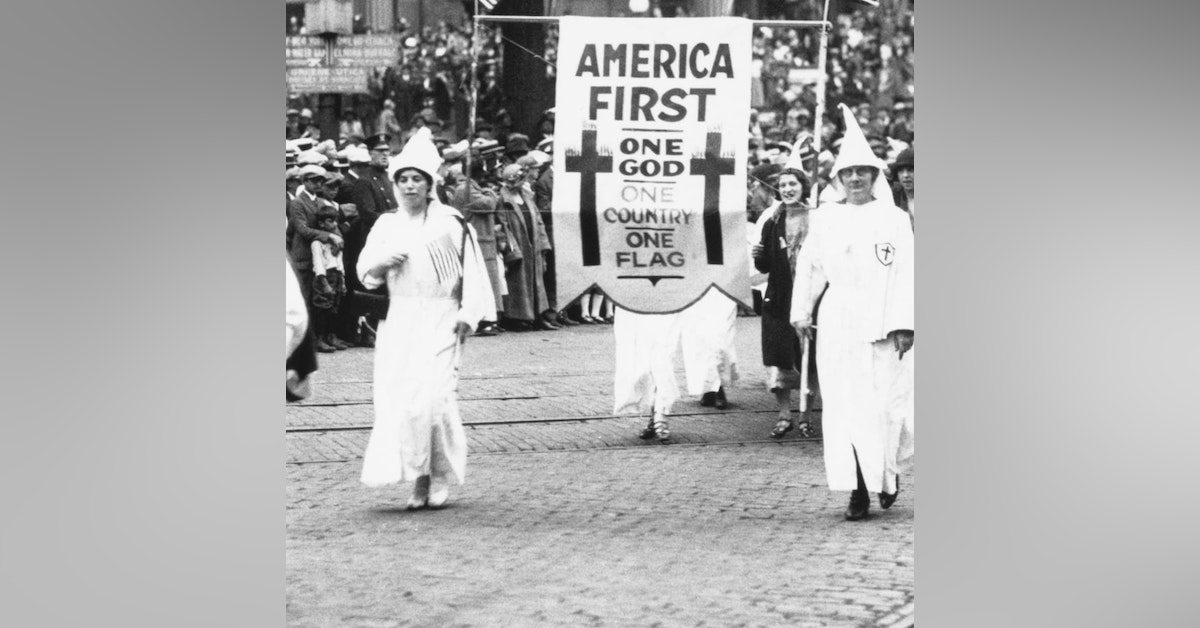 This episode takes a look under the hood

The Ku Klux Klan (/ˌkuː klʌks ˈklæn, ˌkjuː-/),[a] commonly called the KKK or the Klan, is an American white supremacist hate group whose primary targets are African Americans, as well as Jews, immigrants, leftists, homosexuals, and, until recently, Catholics.[9] The Klan has existed in three distinct eras at different points in time during the history of the United States. Each has advocated extremist reactionary positions such as white nationalism, anti-immigration and – especially in later iterations – Nordicism,[10][11] antisemitism, prohibition, homophobia, Islamophobia, anti-atheism, and anti-Catholicism. Historically, the first Klan used terrorism – both physical assault and murder – against politically active blacks and their allies in the South in the late 1860s, until it was suppressed around 1872. All three movements have called for the "purification" of American society and all are considered "right-wing extremist" organizations.[12][13][14][15] In each era, membership was secret and estimates of the total were highly exaggerated by both friends and enemies.