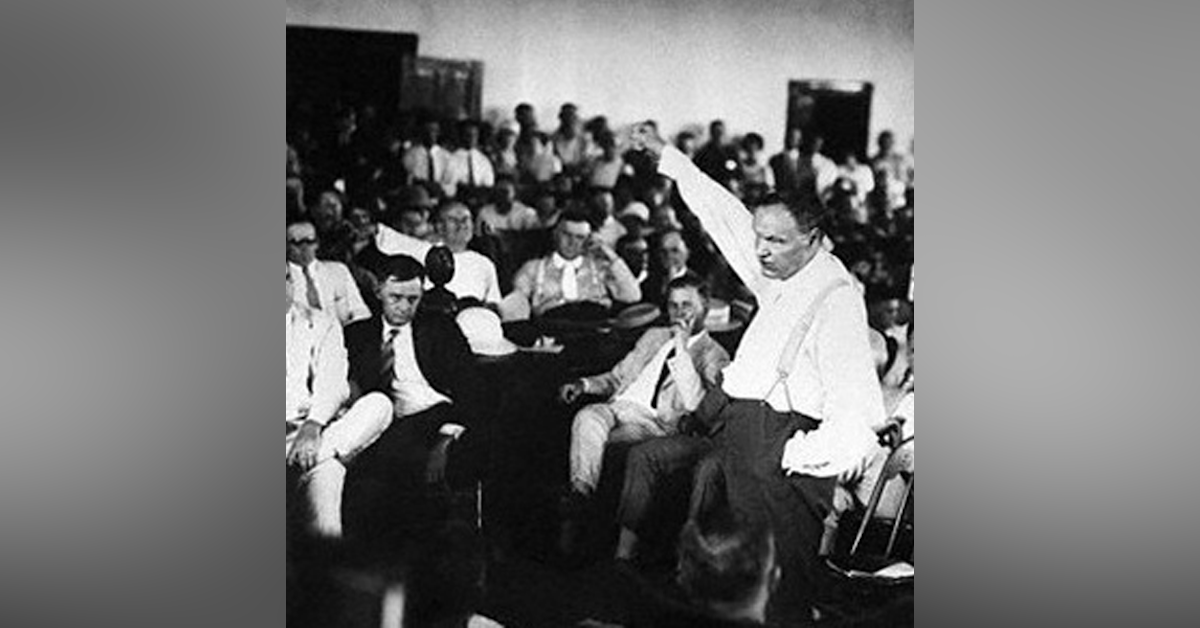 No monkeys were harmed in the making of this podcast

The Scopes Trial, formally known as The State of Tennessee v. John Thomas Scopes and commonly referred to as the Scopes Monkey Trial, was an American legal case in July 1925 in which a substitute high school teacher, John T. Scopes, was accused of violating Tennessee's Butler Act, which had made it unlawful to teach human evolution in any state-funded school.[1]The trial was deliberately staged in order to attract publicity to the small town of Dayton, Tennessee, where it was held. Scopes was unsure whether he had ever actually taught evolution, but he purposely incriminated himself so that the case could have a defendant.[2][3]