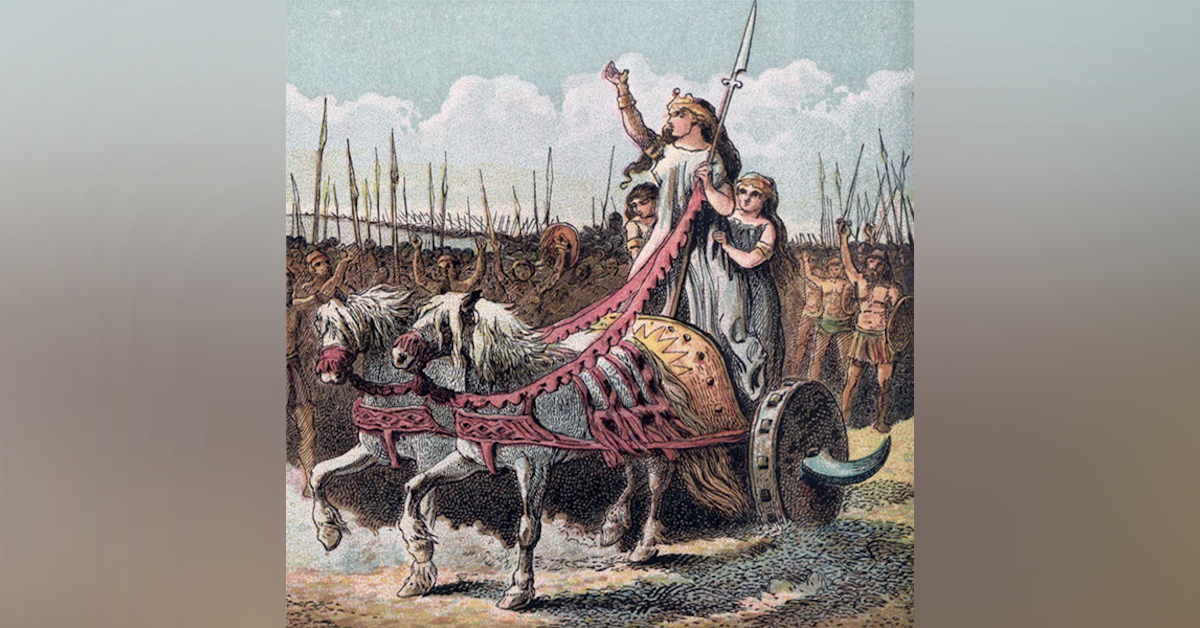 Boudica or Boudicca (/ˈbuːdɪkə/, Latinised as Boadicea or Boudicea/boʊdɪˈsiːə/, and known in Welsh as Buddug [ˈbɨ̞ðɨ̞ɡ])[1][2] was a queen of the British Celtic Iceni tribe who led an uprising against the occupying forces of the Roman Empire in AD 60 or 61, and died shortly after its failure. She is sometimes considered a British folk hero.