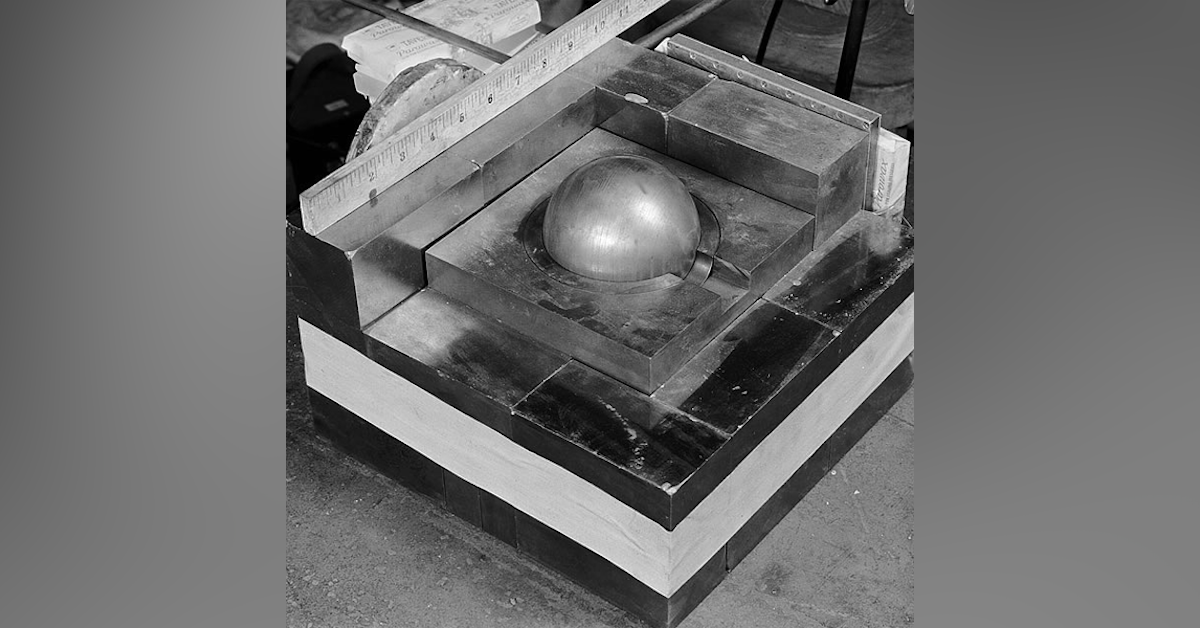 This episode is hard core

The demon core was a 6.2-kilogram (14 lb) subcritical mass of plutonium measuring 89 millimetres (3.5 in) in diameter, which was involved in two criticality accidents, on August 21, 1945 and May 21, 1946. The core was intended for use in a third World War II nuclear bomb, but remained in use for testing after Japan's surrender. It was designed with a small safety margin to ensure a successful explosion of the bomb. The device briefly went supercritical when it was accidentally placed in supercritical configurations during two separate experiments intended to guarantee the core was indeed close to the critical point. The incidents happened at the Los Alamos laboratory in 1945 and 1946, and resulted in the acute radiation poisoning and subsequent deaths of scientists Harry Daghlian and Louis Slotin. After these incidents the spherical plutonium core was referred to as the "demon core".