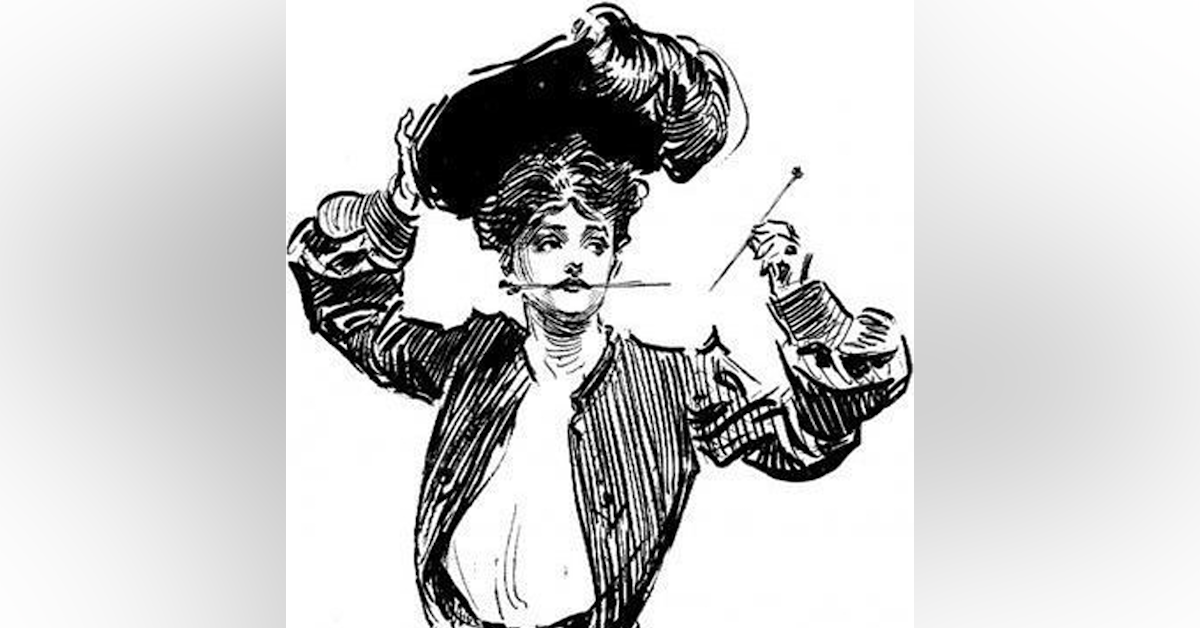 A hatpin is a decorative and functional pin for holding a hat to the head, usually by the hair. In Western culture, hatpins are almost solely used by women and are often worn in a pair. They are typically around 20 cm in length, with the pinhead being the most decorated part.

Hatpins were sometimes used by women to defend themselves against assault by men.

Laws were passed in 1908 in America that limited the length of hatpins, as there was a concern they might be used by suffragettes as weapons. Also by the 1910s, ordinances were passed requiring hatpin tips to be covered so as not to injure people accidentally.[1] Various covers were made, but poorer women often had to make do with ersatz items like potato pieces and cork.