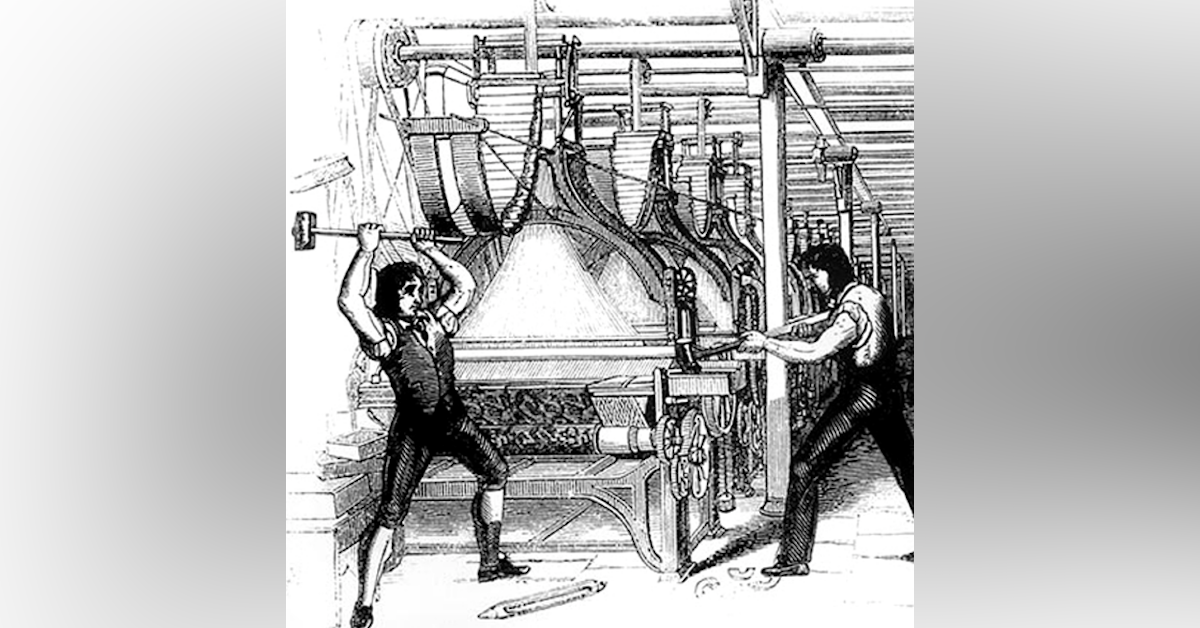 It's okay to make fun of Luddites on your podcast. They'll never know.

The Luddites were a radical group of English textile workers and weavers in the 19th century who destroyed weaving machinery as a form of protest. The group was protesting the use of machinery in a "fraudulent and deceitful manner" to get around standard labour practices.[1] Luddites feared correctly that the time spent learning the skills of their craft would go to waste as machines would replace their role in the industry.[2] It is a misconception that the Luddites protested against the machinery itself in an attempt to halt the progress of technology. Over time, however, the term has come to mean one opposed to industrialisation, automation, computerisation, or new technologies in general.[3] The Luddite movement began in Nottingham and culminated in a region-wide rebellion that lasted from 1811 to 1816. Mill owners took to shooting protesters and eventually the movement was suppressed with military force.