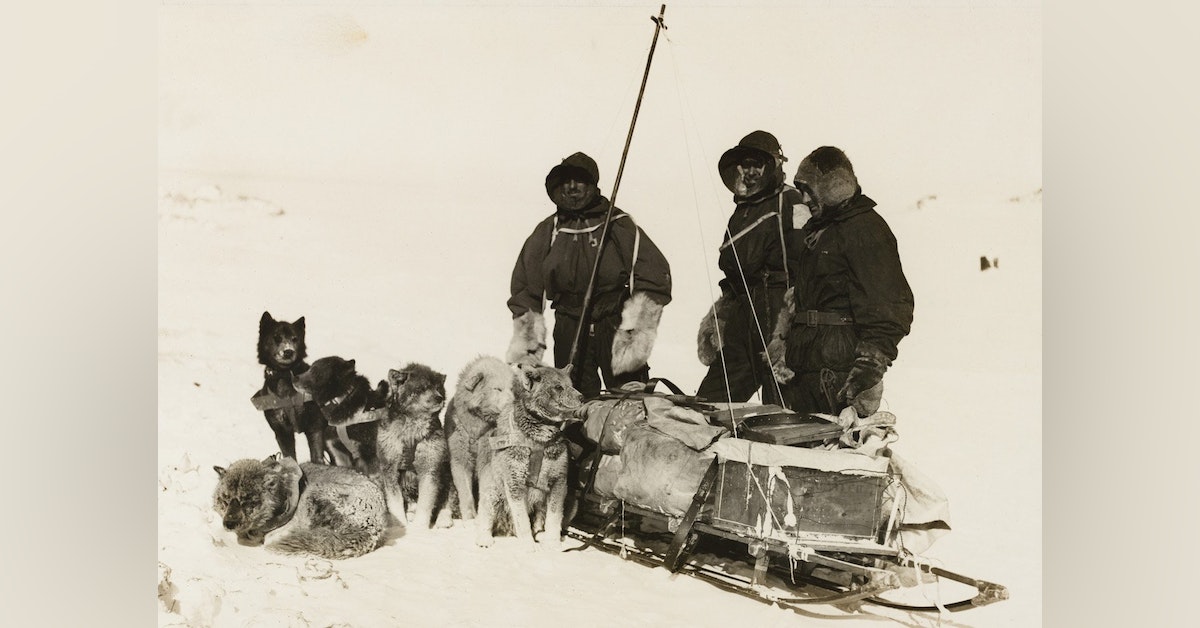 This episode is pretty chill

The Australasian Antarctic Expedition was a 1911–1914 expedition headed by Douglas Mawson that explored the largely uncharted Antarctic coast due south of Australia. Mawson had been inspired to lead his own venture by his experiences on Ernest Shackleton's Nimrod expedition in 1907–1909. During its time in Antarctica, the expedition's sledging parties covered around 4,180 kilometres (2,600 mi) of unexplored territory, while its ship, SY Aurora, navigated 2,900 kilometres (1,800 mi) of unmapped coastline. Scientific activities included meteorological measurements, magnetic observations, an expansive oceanographic program, and the collection of many biological and geological samples, including the discovery of the first meteorite found in Antarctica. The expedition was the first to establish and maintain wireless contact between Antarctica and Australia. Another planned innovation – the use of an aircraft – was thwarted by an accident before the expedition sailed. The plane's fuselage was adapted to form a motorised sledge or "air-tractor", but it proved to be of very limited use.