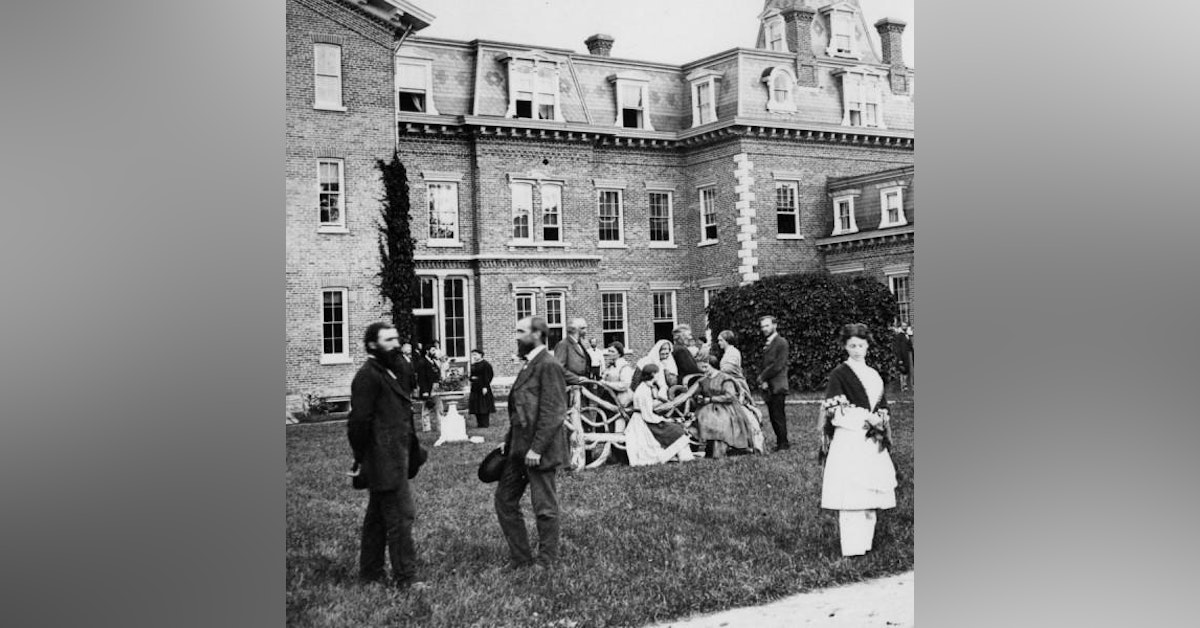 This episode contains... all the stuff you might want to be warned about.

The Oneida Community was a perfectionist religious communal society founded by John Humphrey Noyes in 1848 in Oneida, New York. The community believed that Jesus had already returned in AD 70, making it possible for them to bring about Jesus's millennial kingdom themselves, and be free of sin and perfect in this world, not just in Heaven (a belief called perfectionism). The Oneida Community practiced communalism (in the sense of communal property and possessions), complex marriage, male sexual continence, and mutual criticism. There were smaller Noyesian communities in Wallingford, Connecticut; Newark, New Jersey; Putney and Cambridge, Vermont.[1] The community's original 87 members grew to 172 by February 1850, 208 by 1852, and 306 by 1878. The branches were closed in 1854 except for the Wallingford branch, which operated until devastated by a tornado in 1878. The Oneida Community dissolved in 1881, and eventually became the giant silverware company Oneida Limited.[2]