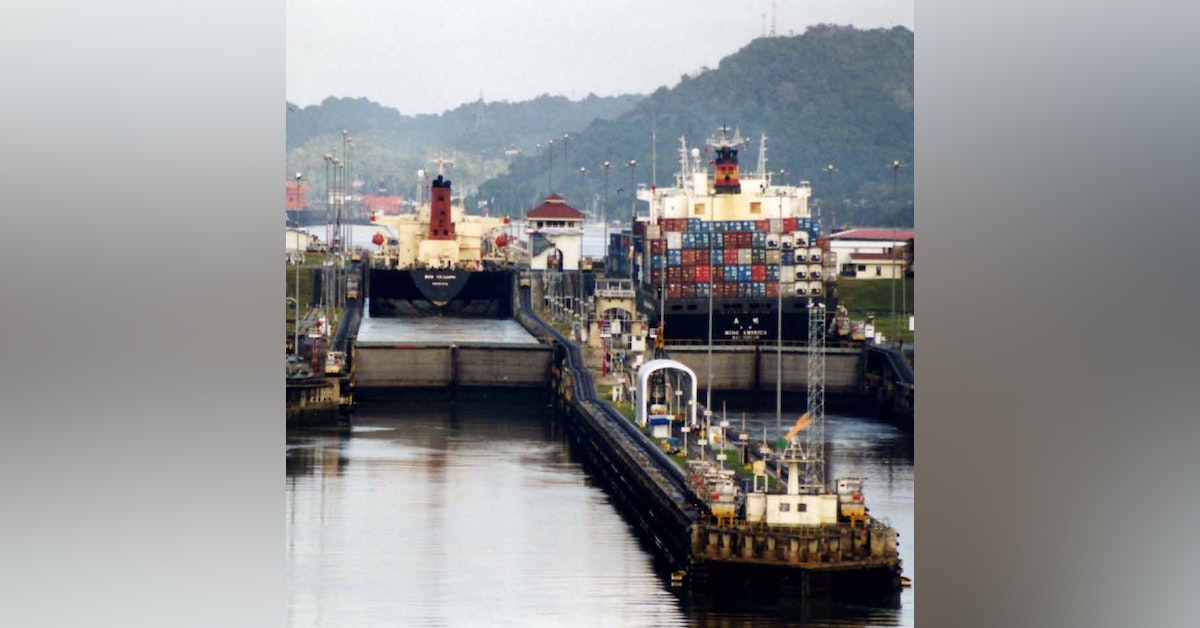 The Panama Canal (Spanish: Canal de Panamá) is an artificial 82 km (51 mi) waterway in Panama that connects the Atlantic Ocean with the Pacific Ocean. The canal cuts across the Isthmus of Panama and is a conduit for maritime trade. Canal locks are at each end to lift ships up to Gatun Lake, an artificial lake created to reduce the amount of excavation work required for the canal, 26 m (85 ft) above sea level, and then lower the ships at the other end. The original locks are 32.5 m (110 ft) wide. A third, wider lane of locks was constructed between September 2007 and May 2016. The expanded canal began commercial operation on June 26, 2016. The new locks allow transit of larger, neo-Panamax ships, capable of handling more cargo.[1]